EXPLORING THE ROLE OF THE IMMUNE SYSTEM IN ALZHEIMER’S DISEASE While the telltale amyloid plaques found in Alzheimer’s disease build up years before memory loss begins, a new study from Cynthia Lemere, PhD, shows that targeting the immune response to those plaques could provide a new therapeutic approach. The research team showed that blocking a molecule called complement C3—a key player in the immune system’s response to foreign pathogens—may help ward off the hallmark cognitive decline of Alzheimer’s. Dr. Lemere and her team developed a C3-deficient mouse model, showing that these mice had less age-related neurodegeneration and less brain inflammation. Remarkably, while these mice still showed significant amyloid plaques, they didn’t exhibit the level of cognitive impairment normally seen in Alzheimer’s patients. This work opens up an exciting new pathway to study how C3 functions in humans and whether the immune system response may provide a promising new target for treatment.

Drug development for Parkinson’s has traditionally focused on clearing or preventing the buildup in the brain of alpha-synuclein protein, the hallmark of the disease. In an innovative new approach led by Clemens Scherzer, MD, researchers investigated whether it might be possible to slow or prevent the disease altogether. Partnering with the University of Bergen in Norway, the team looked at the pharmaceutical history of more than 4 million Norwegians over an 11-year period. After screening more than 1,000 already approved compounds, scientists discovered that people who took salbutamol—an over-the-counter asthma medication—were approximately one-third less likely to develop Parkinson’s disease. Upon further study, the team found that salbutamol showed a protective effect in both mouse models and human cellular models. Now, because salbutamol is already widely used and its safety well-established, the team can move directly into clinical trials, shaving years off the typical process for novel drug development. This study, recently published in Science, represents an exciting step forward, providing a promising new potential target for Parkinson’s treatment and prevention.

Pictured above: Clemens Scherzer, MD, with a patient While it was long believed that MS only affects adults, powerful new imaging technologies have revealed that MS can arise in childhood. And yet, while there are 15 approved drugs for adults with MS, there are no approved therapies for children. Driven by this urgent unmet need, experts at BWH have joined forces with collaborators at other Harvard-affiliated hospitals to launch the Pediatric Multiple Sclerosis Initiative. Rooted within the Ann Romney Center for Neurologic Diseases, the initiative leverages the intellectual and clinical resources of BWH’s adult-focused Partners Multiple Sclerosis Center and the deep pediatric neuroscience capacities of Boston Children’s Hospital and Massachusetts General Hospital. Under the direction of Howard Weiner, MD, and Tanuja Chitnis, MD—lead for three of the four international clinical trials for children with MS—the team has already made impressive progress, quickening the pace of discovery toward a tremendous impact on children with MS and their families.

A CRITICAL STEP TOWARD A VACCINE FOR ALZHEIMER’S DISEASE

Ann Romney Center co-directors Howard Weiner, MD, and Dennis Selkoe, MD, and their teams have been working to develop a nasal spray designed to clear the brain of the amyloid proteins responsible for forming the characteristic plaques believed to impair memory and cognitive function in Alzheimer’s patients. In recent years, the team has focused on a substance, called Protollin, that enhances the body’s immune response and has shown promising results in eliminating amyloid in animal models. In May, the research team received the exciting news that the Protollin-based nasal vaccine it developed received an initial positive review from the FDA, meaning that testing can begin to occur directly in Alzheimer’s patients, bringing this potential new therapy one step closer to clinical application. In a paper recently published in Science Immunology, a research team led by Galina Gabriely, PhD, described a potent antibody—called anti-LAP— that unleashes the immune system to kill cancer cells. While anti-LAP was originally developed to understand the underpinnings of MS, the research team opted to explore an unexpected idea: Knowing that the same T cells that prevent MS can also promote disease progression in cancer, they wondered whether anti-LAP could precisely target those T cells, restoring the immune system’s cancer-fighting ability. Their findings revealed that anti-LAP does indeed have the potential to activate immune response against cancer, leading to reduced tumor growth. Dr. Gabriely and Howard Weiner, MD, are now working with Tilos Therapeutics to modify anti-LAP for use in clinical trials, providing a promising potential treatment for patients who suffer from cancers such as glioblastomas, melanoma, and colorectal carcinoma.

EXAMINING THE FUNCTION OF THE MICROBIOME IN ALS Recently, the microbiome—the collection of microorganisms that live on and within our bodies—has been implicated as playing a role in a wide variety of diseases. The intestinal microbiome can modulate the immune system, resulting in a beneficial or detrimental effect on neurologic diseases. It is increasingly clear that the molecular interactions between the gut microbiome and the central nervous system (CNS) play a key role in regulating neural function and CNS inflammation through a gut-brain axis. Recent work shows that the microbiota can drive neurodegeneration in models of Alzheimer’s, Parkinson’s, and MS. In an exciting collaboration, Laura Cox, PhD, and Narghes Calcagno, MD, are working to understand the role the microbiome may play in neurodegeneration in ALS. They are investigating whether targeting specific microbes or their mediators may alter spinal cord inflammation, neuronal loss, and disease progression, with the aim of opening new avenues to treat this complex disease.

The 7T MRI AT A GLANCE BWH’s new Magnetom Terra 7.0 Tesla MRI scanner—the first to be installed in a clinical setting in North America—is the most powerful MRI machine available. It has a vastly improved imaging signal, opening a powerful window into previously unseen pathways and structures in the brain. A true game changer, it will empower research and clinical teams to move toward more precise diagnosis, monitoring, and treatment of neurologic diseases. 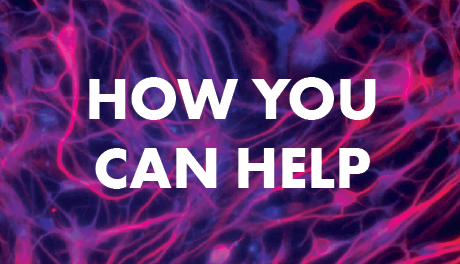