Thanks to all who supported the 2019 Sean McDonough Celebrity Golf Classic, held on September 15 and 16. More than $450,000 was raised to support cardiac amyloidosis research at Brigham and Women’s Hospital. Sean’s father, legendary Boston Globe columnist Will McDonough, died suddenly of cardiac amyloidosis in 2003. The Sunday night Draw Party took place at the Four Seasons Hotel, Boston, and the golf tournament took place on Monday, September 16 at Boston Golf Club, one of the top golf courses in the country.

The event has concluded, but you can still donate to the event. Click here to make a gift.

If you have any questions, please contact Tim Barry, Assistant Vice President, Fundraising Events & Corporate Partnerships, at tmbarry@bwh.harvard.edu or 617-424-4221. 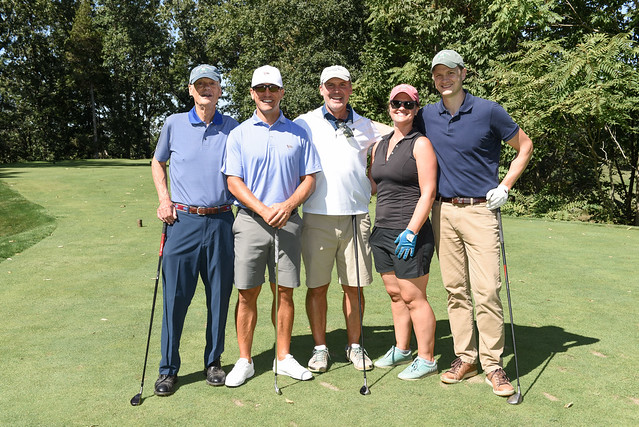 Learn more about:
Understanding amyloidosis
Advancing the treatment and diagnosis of amyloidosis